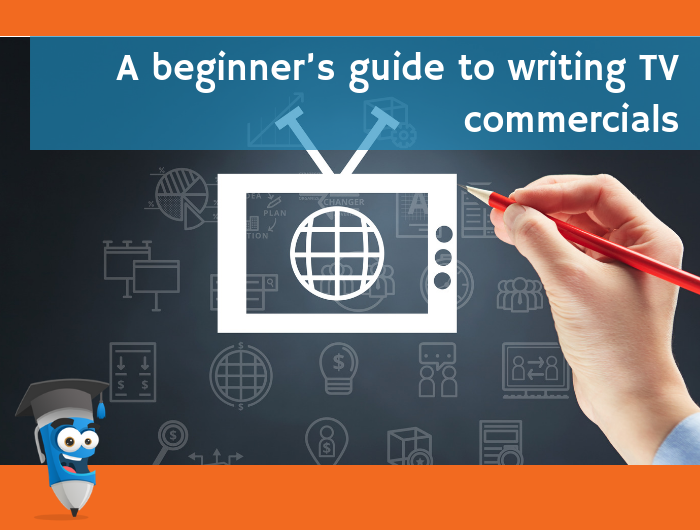 This post was written by TCCS member, Mark Farrelly

As a copywriter, the first thing to know about writing for TV is it’s a lot different from writing for print or the web. (Or even what you’d write for radio.)

It’s an audio-visual medium, and so what’s seen is often more important than what’s said.

And being a broadcast medium, once a TV commercial is aired it’s gone, leaving behind only a residual impression of what it was all about. You can’t watch it again or keep it handy so you to refer to it later.

With the written word, you usually have enough time and enough words to construct an entire story about a product or service. And in doing so you can make a number of points or build an argument.

But with TV, particularly if you’re writing a 30-second commercial, you can really only have one key message.

In fact, TV commercials work best when you only try to get one message across.

Why? Because when the ad is finished, there’s a good chance people will remember that one message. However if you expect them to remember five things, or even three, you’re going to be disappointed.

The beginning is a very good place to start

When writing a TV commercial, start by helping the client establish the one core message they want people to know. It might be that they’ve:

Whatever it is, try to get them to agree that you’ll only be talking about one thing. This is WHAT you’re going to say and working that out might take 50% of your time. (Pressuring a client to only say one thing instead of five things can be tough. But it will be worth it.)

Don’t think of TV as a PowerPoint presentation. While you can put the same words on the screen that are being spoken quite cheaply, it’s not effective advertising unless you’re Harvey Norman. (Or doing other aggressive retail ads.)

It’s far more effective to demonstrate what your product can do.

But before you start writing write any words, your ad needs an idea (or ‘concept’).

While every commercial may seem different, they nearly always fall into one category or another. Here are some of the most common ones.

SLICE OF LIFE – Actors playing out real-life situations, either using the product or talking about using it. (Sadly, the dialogue is often corny. “Oh, Jen. I see you’re using new Bloggo. Tell me why you love it so much.”)

PRODUCT USE (with voiceover) – Visuals of the product being used (car being driven, holiday being enjoyed, meal being cooked, etc.) But instead of the actors speaking to the camera as they do in the ‘slice of life’ commercials, you hear a spoken voice along with jingle or whatever.

PRESENTER – Someone (usually attractive) making a sales pitch to the camera. (It may also be a celebrity who uses their fame to ‘endorse’ the product.)

DEMONSTRATION – Showing what the product can do with a simple, clever or dramatic demonstration. (Laundry products do this all the time to show how their “cleans much better”.)

SLIDESHOW – Graphics, static images, and words on the screen, with the voiceover basically repeating what you’re seeing. (Think Harvey Norman).

LOCATION – If your product is a particular location (e.g store, restaurant, theme park, etc.) there’s nothing like being there to see it all.

STOLEN IDEA – Grabbing footage of something from YouTube, a set of photos or something else that already exists and putting a twist on it. (You’ll need the rights of course.)

Maybe serve it with a twist

Now that you’ve chosen your concept, how about putting a bit of a twist on it to make it fresh and more watchable?

Could the ‘slice of life’ people all be speaking a different language? Could the roles be reversed – kids dressed as parents, husband dressed as wife, boss dressed as worker – and vice versa?

Is the presenter upside down? Are they in a wetsuit underwater? Are they standing in a hurricane?

Is your product demonstration memorable? Years ago someone advertised bulletproof glass by having the presenter speaking behind the glass as someone fired a bullet at them to prove the product worked.

How to serve up copy with a fresh twist #copywriting #creativecopy

Finally, words on paper (or screen)

Now that you’ve chosen your concept, how do you write an actual TV script?

It’s simple, and the best way for your mind to imagine what you’re seeing and hearing at any given time. (You can find templates online).

You use the vision column to describe what the audience sees, including whether it’s a closeup or a wide shot, how you’re switching to the next scene (cut, slow dissolve, etc.) or whatever.

You also include any on-screen graphics as ‘supers’ (images superimposed over the screen).

On the audio side, you write what the voiceover (‘VO’ or ‘Announcer’) or actor (‘100%’) is saying and whether they’re male or female, as well as any sound effects (‘SFX’) or music.

You work out your timing for the whole script by putting a stopwatch on how long it takes to read the right column OUT LOUD with natural pauses and breaks.

A tip for presenting TV commercials to clients: Read the script out loud to them. Don’t let them read it because they’ll treat it as written copy and correct your commas. (No one will see the commas. They’ll only hear them as pauses.)

It’s critically important to get the word count in your ad right.

Most people overwrite. All TV commercials need half a second of silence at the beginning so they don’t come over the top of the previous ad.

So, for a 30-second commercial, you have 29.5 seconds of audio. That’s about 75 words maximum. Best to go for fewer if you can.

Don’t rush the audio.
Give yourself time.

If it’s a dialogue (two people speaking to each other), you need more time for the natural gaps and pauses in conversation. So you have even fewer words to play with.

Ideally, you should mention the name of your client or product at least two or three times in a TV commercial, particularly if its new, unknown, or never been on TV before. You may also need an important call to action such as “Sale ends Sunday” or “Limited stock, so buy now”. That alone could take up 10-15 seconds of your ad, leaving very little time to get your core message across. Which is why you’ll be able to communicate only one key message.

Now you have to decide whether people will be talking over the pictures (‘voiceover’ or ‘announcer’) or whether they’re saying stuff as you film them like actors in a movie (‘100%’).

It’s critically important to get the word count in your ad right, don’t overwrite #adcopywriting #copywriter

The great thing about TV is you can not only reveal things with a camera, but you can also mask them.

Your idea could be based on any of these.

Beware the overlords of CAD

Unlike the unregulated world of the internet, every TV commercial has to be reviewed and approved by a body called the Commercials Acceptance Division (CAD) before going to air.

You send them a copy of the ad, they put it through a bunch of rules, and if it passes they give it a CAD number.

And your ad can’t be aired without one.

If you have any doubts or you’re a newbie, you can send your script to CAD first to get a pre-ruling. They’ll tell you whether it will be approved, or what changes you’ll need to make to get it approved.

So there you have it. The first steps in what will hopefully be an exciting time for you: writing your first TV commercial.

* Ok, so you can actually watch them over and over again if you want.  But few people do. And anyway, that’s not the point. 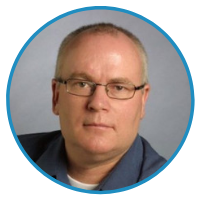