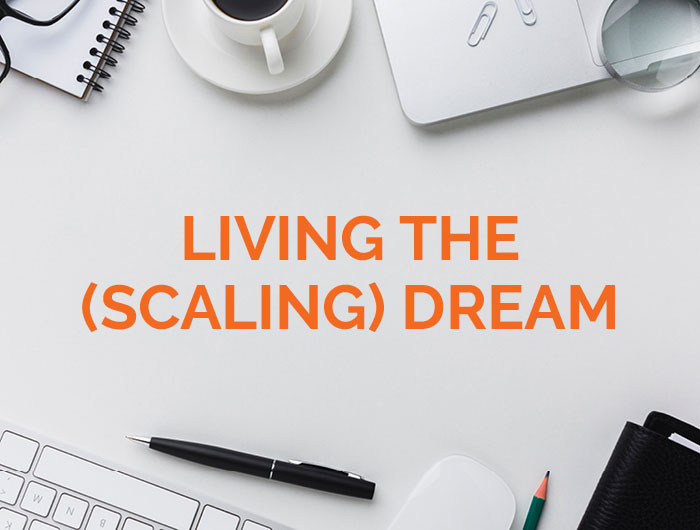 This post was written by TCCS member, Nigel Bowen

Creative types can become fabulously wealthy – if they can work out how to scale their business.

Read any book on entrepreneurship, and you’ll soon learn you can never get wealthy selling your time. And that scaling is the only route to true riches.

People’s time and energy are finite, which is why even those earning eye-watering hourly rates can make the rich lists only by working out how to scale their business.

For example, there’s a limit to how many patients even the most workaholic heart surgeon can see. But if that surgeon patents a new surgical technique or creates new medical technology, their expertise can be scaled to treat millions of people with dicky tickers every year. And if that surgeon gets a few bucks every time someone uses their technique or technology, they’re on their way to amassing a vast fortune.

Sidenote: A surprising number of doctors are also entrepreneurs. If you’ve ever chowed down on a Zambrero burrito, you’ve contributed to the billion-dollar fortune of 38-year-old Sri Lankan-Australian doctor Sam Prince.

Living the (scaling) dream #Make it big #Be the next J.K. Rowling

Ever dreamt of becoming rich and famous? Or being a star athlete, actor, comedian, influencer, or singer? What you’re really dreaming about is the upsides of scaling. Hundreds of millions of people consume the output of these people. And providing they aren’t being ripped off by gatekeepers and their managers, these superstar performers can make billions – just as Kim Kardashian, Paul McCartney, Jerry Seinfeld, and Cristiano Ronaldo have done.

Educated, middle-class types have always fantasised about achieving wealth and acclaim by writing a best-selling novel. And many still do. After all, it’s a rare writer who isn’t familiar with the story of how Harry Potter and the Philosopher’s Stone catapulted J.K. Rowling from a povo, depressed single mother living in a rodent-infested flat to a castle-dwelling billionaire.

But more pragmatic types are increasingly content to experiment with less glamorous products and services that can also scale –e-books, online courses, group coaching services, or even one-stop-shop online communities that combine all of them.

The twilight of the gatekeepers

At this point, you might be wondering why everyone doesn’t “scale up”. Plenty of people have desperately tried. But two barriers have always prevented these go-getters from getting their hands on those sweet scaly shekels.

The first are gatekeepers. Want to be the next Beatles? Then you’ve got to find yourself a Brian Epstein and hope they have enough clout to get you a record contract.

Want to be the next J.K. Rowling? Start praying you can find a literary agent, and then a book publisher.

Want to be the next Seinfeld? Be prepared to spend years performing for free at open mics in the hope you’ll eventually convince a comedy club owner to pay you to perform. If things go well, a TV producer might eventually invite you to do a guest spot on their show. And if you’re really lucky, a senior executive at a TV network or movie studio might give you a starring role in a sitcom or film.

Sidenote: After determining “guitar bands are on the way out” and that “the Beatles have no future in show business”, Decca executives declined to sign the Beatles in 1962, wisely opting to throw their label’s resources behind the world-conquering geniuses in Brian Poole and the Tremeloes instead.

J.K. Rowling didn’t have much trouble finding an agent. But no fewer than 12 publishers turned down the first Harry Potter book.

Seinfeld began doing open mic gigs in 1976. But he didn’t start appearing on late-night talk shows until 1981. His first comedy special aired in 1987. And while his eponymous sitcom first aired in 1989, it didn’t become a hit until 1994.

Many are called, few are chosen

While they haven’t disappeared entirely, traditional gatekeepers are doing far less keeping of gates nowadays. Thanks to technology, creative types can now bypass them completely.

The bad news is creative types continue to operate in winner-take-all markets. Even if you can impress or bypass the gatekeepers, chances are the public won’t be interested in what you’re trying to foist upon them. This is the second barrier would-be scalers face, and these days it can be a bigger hurdle than getting past the gatekeepers.

Around one in 10,000 creatives – actors, animators, artists, architects, authors, bloggers, cartoonists, comedians, dancers, fashion designers, illustrators, musicians, photographers, sculptors, scriptwriters, and video-game makers – create work that resonates with the public. These lucky few hoover up most of the attention and money, leaving the remaining starry-eyed creative types fighting for scraps.

The grim reality about writing a book (or recording an album, shooting an indie film, or creating a new comic strip) is that the odds are overwhelmingly stacked against you. That noted the only way to become a successful novelist/musician/director/cartoonist is to do the work for free and hope against hope you become one of the fortunate few.

Gratifyingly, while you probably won’t be one of the fortunate few you can still benefit.

Firstly, you’ll be able to fantasise (for a while) about hitting it big once people recognise what a genius you are.

Secondly, you’ll learn valuable skills while you’re involved in doomed creative enterprises. Nobody other than close friends and immediate family is likely to read that novel you devoted countless weekends to writing. But after completing an 80,000-word book, you should be able to churn out 8,000-word whitepapers and 800-word EDMs a lot more efficiently. 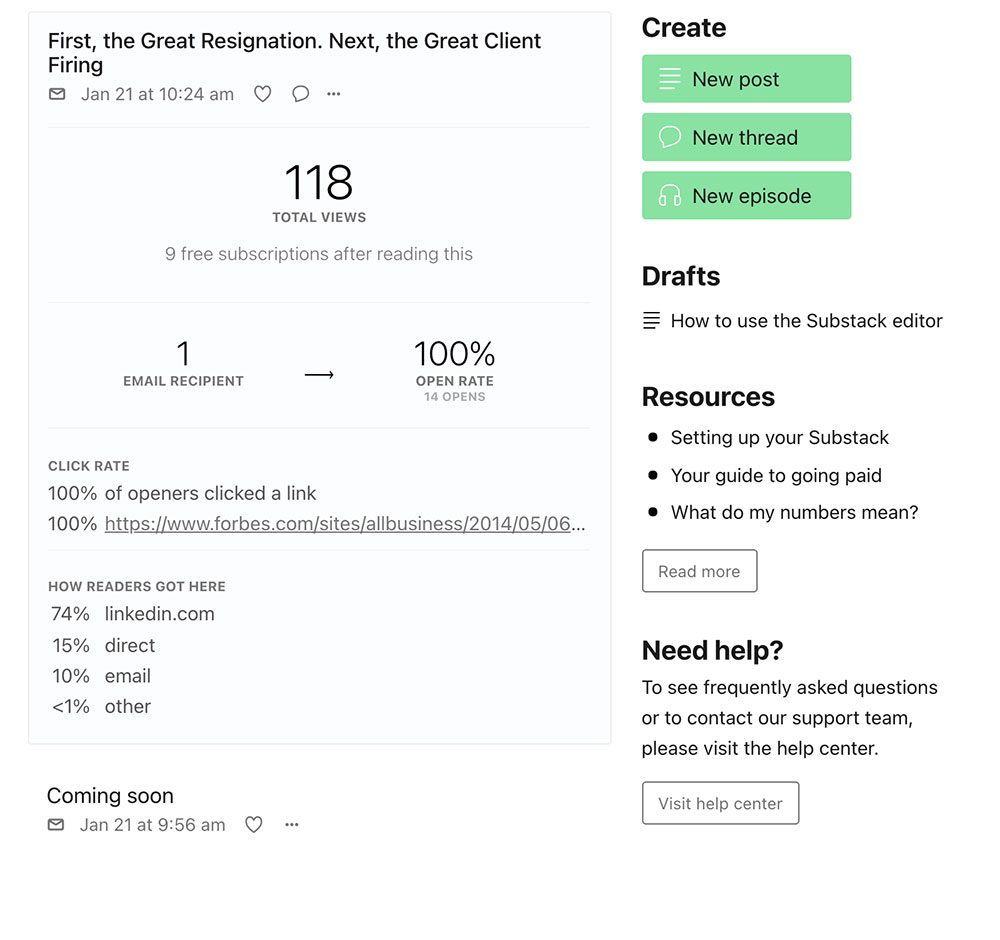 An eye to the main chance

Given these hard-headed observations, you may think I consider myself above jejune flights-of-fancy about hitting the big time.

But Nothing could be further than the truth.

Back when I was a hack journo I fantasised about writing a book, just like every other ink-stained wretch who has ever drawn breath.

When blogging first took off, I was inspired whenever some plucky youngster bypassed the lamestream media to create their own publishing empire.

Once I discovered podcasts, I started daydreaming about what my life would be like if I got in early and spent years laying the groundwork to become the Australian Joe Rogan.

Unfortunately, I was never quite disciplined or desperate enough to devote the considerable time and effort needed for book writing, blogging, or podcasting.

But then I learned how American journalists such as Andrew Sullivan, Matt Taibbi, Glenn Greenwald, Matthew Yglesias, and Bari Weiss were making hundreds of thousands of dollars publishing their musings on Substack. And I resolved to get in on the ground floor this time around.

I figure the best-case scenario is my recently launched Substack newsletter will allow me to join the ranks of well-renumerated online pundits. And the worst-case scenario is I’ll have some fun doing the kind of writing I don’t get to do in my day job.

Wish me luck. I’m going to need it. 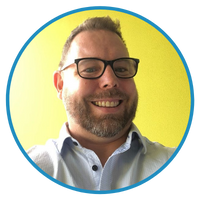 A former print journalist, Nigel Bowen now produces business, finance, and technology content for clients in Australia, Singapore, and the US.

You can find out more about him at Content Sherpa.