Meet our TCCS Member of the Year | The Clever Copywriting School

Meet our TCCS Member of the Year 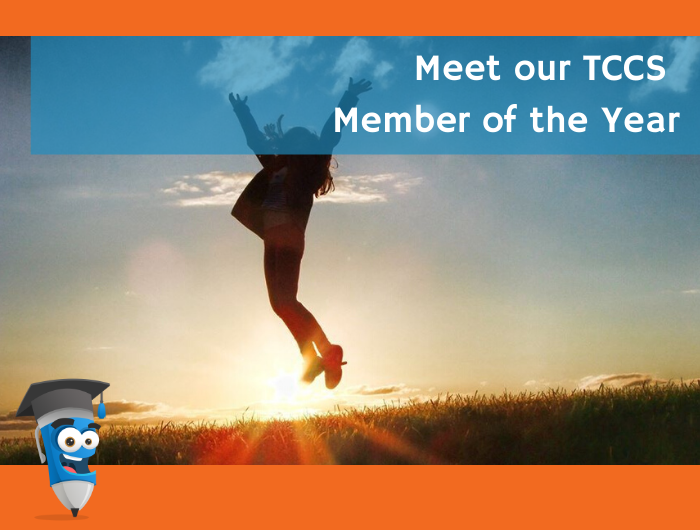 What even is the TCCS Member of the Year?

This post was written by TCCS member, Diana Iappolo

“Aren’t other copywriters your… competitors?”

This was the logical question from my husband when I told him I‘d just joined an online copywriting membership –The Clever Copywriting School (TCCS).

And yes, from the outside looking in he had a point. Why would a newbie like me want to hang out with so many accomplished copywriters who were technically my competitors?

But I soon discovered how wrong this perspective was.

Because I realised I hadn’t just joined an online membership. I’d joined a community.

A ‘school’ that’s part education, part motivation, and a whole lot of fun for people who love words.

It’s a place where people can bring their genuine selves to the table, share a wobble, and get some rock-solid advice from some seriously smart humans.

And of course, every good community needs a leader.

Head Copy Beast and TCCS founder Kate Toon show leadership as unique as this corner of the internet.
She is always present, full of golden nuggets of advice, and genuinely cares about her members no matter where they are along their copywriting journey.
And she does it in a way that shows she’s also one of us, freely sharing her ups and downs.

And to top it off, every year Kate graciously lends her figurative crown to one person by anointing them “Member of the Year” (or MOTY, because who doesn’t love a good acronym?)

The MOTY award is Kate’s way of recognising the value of their contributions.

It also gives members a chance to thank their fellow Copy Beasts and highlight the one-of-a-kind magic you find in TCCS.

TCCS is a ‘school’ that’s part education, part motivation, and a whole lot of fun for people who love words. #collaboration #communityofwriters

What makes a TCCS MOTY?

I asked the community what makes the perfect MOTY, and they agreed it’s someone who:

When we were asked to vote, I couldn’t think of anyone in the community who didn’t fit this description.

But of course, there are some standout members who consistently show leadership, step in, and lift people up.

Before I reveal this year’s winner, let’s look back at where it all began.

A founding member sets the scene 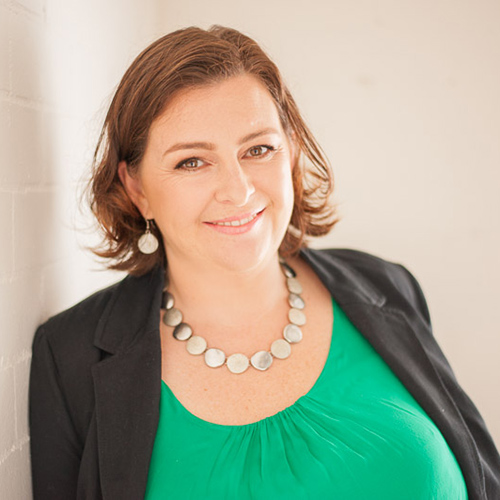 Angela Denly was awarded the first-ever MOTY in 2018.

A founding member of TCCS, Angela joined when she was juggling part-time employment with part-time freelance copywriting, and still deciding which way to go.

Six months after joining the group she said ‘goodbye’ to her job, and within a year she’d exceeded her income expectations.

“TCCS was a great place to grow,” she says. “It was a safe place to ask questions and share information, and it proved to be a great reminder that I actually knew my stuff. It made me realise I had everything within me to run my own copywriting business and gave me the confidence I needed to get on with it.”

Angela has since built a business that allows her to explore her passion for food (do you know anyone else who owns 150 food books?) and enjoy a work-life balance on her terms.

Niching for the win 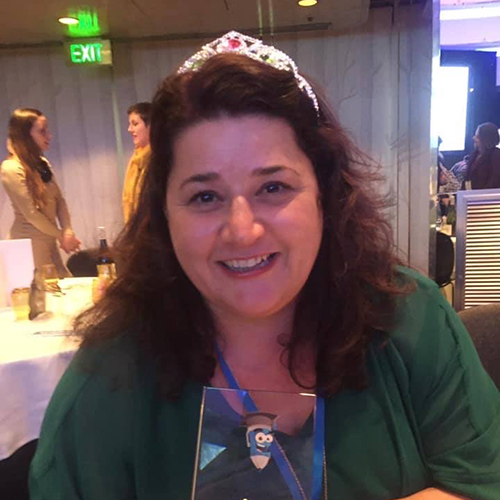 In 2019 we had teenage climate activists, (almost) presidential impeachments, and Daenerys Targaryen turning into the Mad Queen. It was a time when Corona was still a cold beer, and isolating was something we did by choice.

It was also the year Nerissa Bentley, otherwise known as the Melbourne Health Writer, took the crown.

When Nerissa joined she was a few years into her copywriter journey. She knew she could write, but she also knew she could probably do better at the business side of things.

“The things I learned in my first year at TCCS blew my mind,” she says. “It helped me refine my processes, which helped me work smarter and more efficiently, and become more confident. I wanted to learn how to better run my business and be surrounded by like-minded people.”

Nerissa has since become a specialist medical copywriter, has quadrupled her income, and is working with leading health bodies and brands.

“I was given so much help and advice when I first joined. So I wanted to pay that forward to others when I could.”

And this year’s winners are…

No iso or virus was going to stop the 2020 MOTY awards. The in-person ceremony was replaced by a Zoom call. And while the tiara will have to wait, the win meant no less to joint winners Estelle Fallon and Anna Rogan. 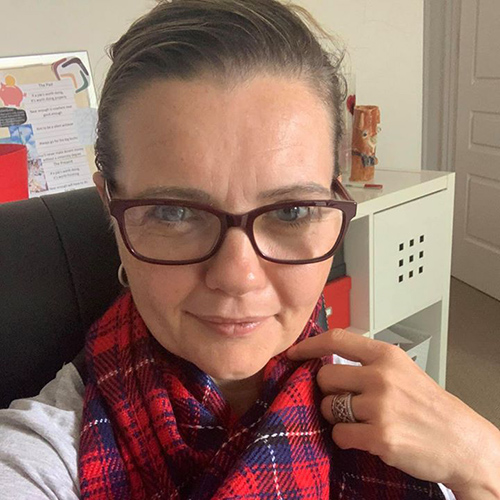 Estelle is known for her red lips, her witty one-liners, and her killer tender and proposal writing skills.

After a break from the working world to raise her sons, Estelle began entertaining the idea of working for herself when they started school. She crossed paths with TCCS member Amanda VanElderen, and was drawn into the TCCS world with a niching class at Copycon. Soon after her business, Words That Fit, was born.

“Starting your business is one of the scariest things you’ll ever do,” she says. “TCCS was such an important part of me finding my feet and getting the confidence to get into networking, talk about my skills, and do all those things you need to do to build a business.”

Aside from a love of writing, Estelle also loves strategy, big ideas, and helping businesses grow.

She has big plans and loves giving back to the community that helped get her to where she is today.

“TCCS has such a fabulous culture. I had people who were there supporting me from the beginning. And if being MOTY means my contributions are making a difference, then I absolutely love being a part of that.” 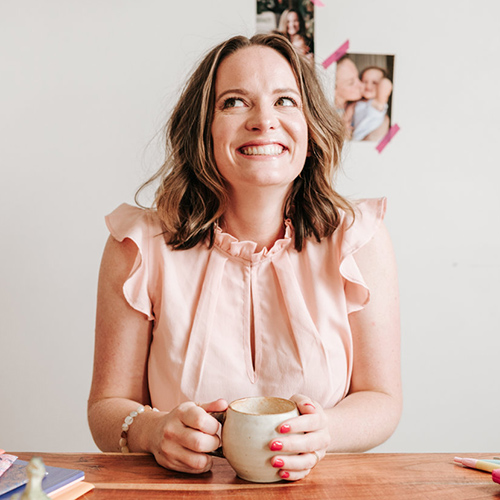 Anna is known for her heartfelt insights, fighting the good conversational copy fight, and her idyllic life on a gorgeous olive farm.

Editor note: And for her amazingly cute jumpsuits.

Anna joined TCCS when she was working full-time in a government communications role. She’d just discovered that copywriting was a thing, and came across TCCS online.

From the start, Anna found the input from so many different voices, perspectives, and experiences invaluable.

She absorbed all the learnings from the group, started taking action, and formed strong relationships – all of which helped grow her business to one with a long waitlist of ideal clients wanting to work with her.

Of the MOTY win, Anna feels both humbled and encouraged.

“Being a part of TCCS has really just been so pivotal to my business,” she says. “The community has given so much to me over the years, and it’s encouraging to know my contribution is helping others. If I can give back even a shred of what I’ve been given, that would be awesome.”

Personally, I couldn’t believe there was this online world that was genuinely about collaboration over competition. A world where people shared freely, gave valuable advice, and wanted to help each other succeed

Whether you’re stuck for a headline, having a tech issue, or paralysed by comparisonitis, the members at TCCS will always have your back.

Congratulations to our 2020 winners.
And thanks again for your generosity, leadership, and kindness. 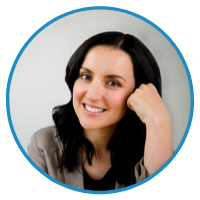 Diana Ioppolo is a copywriter who works with service-based business owners who are great at what they do but need help letting the world know.
She loves writing, marketing and the internet, and in her spare time wrangles two little people while attempting to become a morning exercise person again.