Why knowing your audience is an essential part of writing 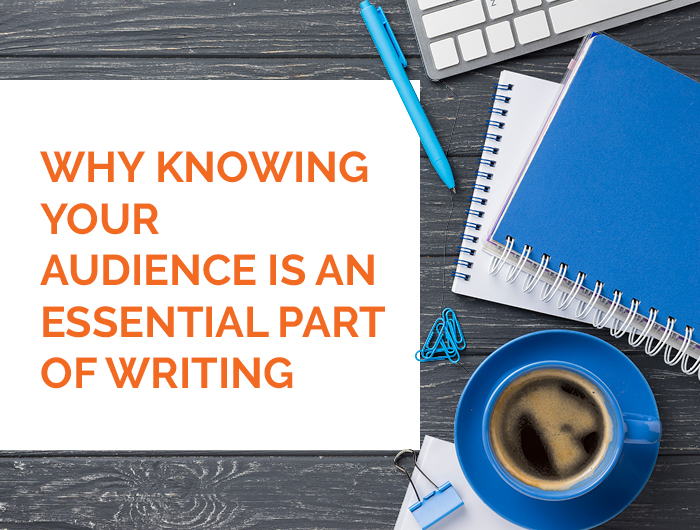 This post was written by TCCS member, Catherine James

According to Jane Harper, author of five bestselling novels including Exiles, knowing your audience is as essential as planning your story.

At a recent Meet the Author talk at Marion Cultural Centre in South Australia, Jane Harper discussed her latest book, Exiles. And in doing so she shared some valuable tips for writers, and a stunning pearl of wisdom for copywriters.

I’ve been a Jane Harper fan since I read The Dry with my Thursday Book Club. I adore the complicated crime stories she creates in the unique rural noir genre. I especially love the stories (The Dry, Force of Nature and Exiles) featuring agent Aaron Falk, one of her most complicated characters.

(In the film adaptation, agent Falk is wonderfully played by Eric Bana who, according to Harper, approached her about adapting the book for film.)

Being an aspiring novelist, I was keen to learn about Harper’s writing methods. But I was surprised by an anecdote she shared that was less about her writing method and more about knowing your audience.

Interviewed by Ali Clarke from Mix 102.3, Harper spoke about:

She also talked about how she can write such evocatively Australian stories even though she was raised in England. The setting of her first novel, The Dry, was inspired by rural farming in Australia, and the challenges faced by families on the land dealing with the effects of extended drought.

Plan your story (Hint: this also features in knowing your audience)

Harper plans her story in full before writing a single word. She stressed this isn’t the process every author should follow, but that she can’t write any other way.

Once she finds an incident that sparks the storyline, she asks herself every possible question about the consequences for each character and maps out their path. If something changes while writing, she returns to her planning rather than just winging it.

Her latest novel, Exiles, is set in the wine country of South Australia’s Barossa Valley and McLaren Vale. Harper spent time with people who lived there (which must have been tough) asking questions about their lifestyles, sharing meals, and observing their interactions.

People were happy to talk to her about their lives and work. Harper said this was the case even before she was a successful author.

Take time away from your computer

Harper said many of her best ideas came to her while doing something other than writing, such as taking a walk. For her, mental headspace is as crucial to the story’s development as planning it.

Ali Clarke then asked Jane how she came up with her stories, which led to an interesting revelation about how she plans her stories, and why she does it that way.

Harper recounted a recent 15-minute stint on the exercise treadmill where she used the time and brain space to consider a story idea based on the Royal Flying Doctor Service that had been brewing for a while. A storyline featuring high-stakes rescues and danger promised to be a rich field for drama.

She envisioned an incident where something had gone horribly wrong. If you’re a fan of her books, you’ll know Harper often writes about the aftermath of a devastating incident. She wondered whether the incident would occur between the patients and the doctors. However, she dismissed that idea because the brief interactions between patients and the RFDS wouldn’t provide enough time to develop a story.

So she switched her focus to the support staff. Thinking about the RFDS admin who would spend more time with the doctors, she identified an issue: If the staff were junior, they probably wouldn’t question the actions of senior members, particularly doctors in higher positions of authority.

Her train of thought led to her creating a corruption and cover-up storyline where a senior staff member is aware of the incident. This is where Harper started thinking about her audience, and where she made a decision.

Considering the audience she’d gained over the past six years, and recognising that the Royal Flying Doctor Service is a much-beloved institution in Australia, she realised her audience wouldn’t embrace a story about corrupt doctors in the service.

Why knowing your audience is so important

It took Harper a lot longer to tell her story than it’s taken me to talk about it here. (It was also much more enjoyable.) But I’m sure you can recognise how considering the effect a story or message would have on her audience led to her rejecting an idea she liked (and still hopes to write about one day).

Harper estimates that if she hadn’t planned out the story or asked herself questions about her audience, she would have wasted a couple of months (and about 25,000 words) on a story she could never publish.

The point is that while Harper is a best-selling author who tells entertaining stories, she also wants her books to be successful so she can make a living and support her family. She doesn’t just write for the whims of her audience.

When asked if she found it hard to write Falk now that Eric Bana clearly owned the role, she said she was in Falk’s head, thinking about how he‘d respond to situations. She clearly had Falk fixed in her mind, and wasn’t reacting to Bana’s interpretation (although she did say no-one else could have played him better).

Instead, Harper considers what her audience wants. That way she can make sure she reaches them with the thoughts, meanings and intentions that are important to her.

And the same is true for copywriting, which is engaged to sell the product or service it represents.

What does knowing your audience mean?

If you aren’t thinking about your audience, you could be writing content that won’t make any difference to your sales.

Knowing your audience and who you’re talking to helps determine what content and messages will have the most impact. You want to deliver the stories and words that will stop your customers mid-scroll and get them looking your way.

And once you know what you want to write about, knowing your audience will also help you give your writing the appropriate tone of voice to engage your readers.

Knowing your audience is essential for writers of all kinds.

Harper wrapped up her advice to writers by acknowledging that writing is hard. And the same can apply to copywriting if you don’t bother to plan or think about your audience.

If you’re not doing either, you’re just releasing words into the wind and hoping they stick as they float by a reader.

What techniques have helped you know and understand your audience? 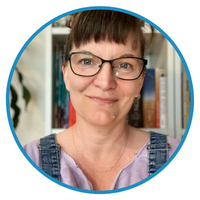 CJ turned a lifelong passion for words into a business when borders closed on the world in 2020. She now helps authors and small business owners tell their stories.